WASHINGTON, D.C., June 18, 2013—In response to a new book, “Do You Believe in Magic: The Sense and Nonsense of Alternative Medicine,” by Paul A. Offit, M.D., the Council for Responsible Nutrition (CRN), the leading trade association representing the dietary supplement industry, today issued the following statement:

“This book weaves together a series of tired old arguments that presents the author’s opinions about what he refers to as ‘alternative medicine.’ Even that phrase is antiquated, as today’s consumers are rightly looking to use all the tools at their disposal to maintain and improve their health. The consideration of taking supplements should not discount the important benefits that pharmaceutical products provide, nor should supplements replace the need for a healthy diet. Today’s healthcare is not an either or situation.

Consumers are driving the train that is leading society to practice smart prevention, looking at health options as integrative, rather than alternative, health decisions. By and large, supplement users are serious about their health, integrating those practices which in combination likely lead to good health. In fact, research demonstrates that supplement users are more likely than non-supplement users to also engage in other healthy habits, like seeing their physician regularly, exercising routinely, and getting enough sleep. Sadly, the picture the author attempts to paint of the supplement user is disproportionate and lacking perspective, by no means a realistic illustration.

The author devoted a chapter to the history of dietary supplement legislation, but for some reason chose to stop in 1994 following the passage of the Dietary Supplement Health and Education Act (DSHEA). Ours is a very different industry nearly twenty years later, and our companies, thankfully, are being regulated by a more empowered and active FDA. To ignore legislative and regulatory progress, most of which the mainstream dietary supplement industry lobbied for—including mandatory adverse event reporting, mandatory recall authority for FDA, and dietary supplement-specific Good Manufacturing Practices—does not provide for a fact-based depiction of the industry’s regulation.

His claim to have ‘carefully evaluat[ed] scientific studies,’ is far from true, as he has chosen to cherry pick research that supports his own arguments. For example, he cited a 2004 Cochrane Review that included 14 randomized control trials (RCTs) claiming that antioxidant supplementation increased mortality, yet ignored a 2012 Cochrane Review that included 78 RCTs and came to a different conclusion. The current scientific literature lends support for the benefits of a whole variety of dietary supplements to improve health.

Dr. Offit’s credentials as a respected medical physician are well-established, making his dismissal of the value of dietary supplements all the more unfortunate. With more than 150 million Americans taking dietary supplements each year, it would be a shame if consumers reading this book mistake the opinion of one doctor for the opinion of the medical community as a whole. It is important for consumers to have an open dialogue with their healthcare practitioners about their dietary supplement regimens, and hopefully this book won’t deter them from doing so.”

Note to Editor: The Council for Responsible Nutrition (CRN), founded in 1973, is a Washington, D.C.-based trade association representing 100+ dietary supplement manufacturers, ingredient suppliers, and companies providing services to those manufacturers and suppliers.  In addition to complying with a host of federal and state regulations governing dietary supplements in the areas of manufacturing, marketing, quality control and safety, our manufacturer and supplier members also agree to adhere to additional voluntary guidelines as well as to CRN’s Code of Ethics. Visit www.crnusa.org and www.lifesupplemented.org. Follow us on Twitter @crn_supplements and @wannabewell and on Facebook. 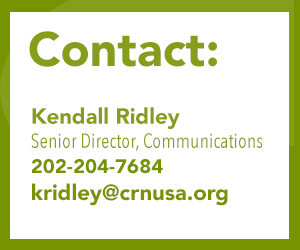