Americans Do Not Get All the Nutrients They Need From Food 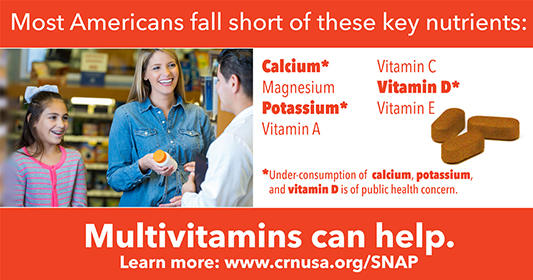 These data come from the National Health and Nutrition Examination Survey (NHANES) for 2003–2006, which collected detailed data on nutrient intakes of over 16,000 people of all ages (children and teens as well as adults). Results of the survey were published in 2011 in the Journal of Nutrition by four researchers who are experts in the analysis of nutrient survey data.1

The researchers looked at the nutrient intake data in three ways:

(1) the amount of each nutrient consumed from food alone, not including any nutrients added by enrichment or fortification and not including dietary supplements;

(2) the amount of each nutrient consumed from foods, including enrichment and fortification; and 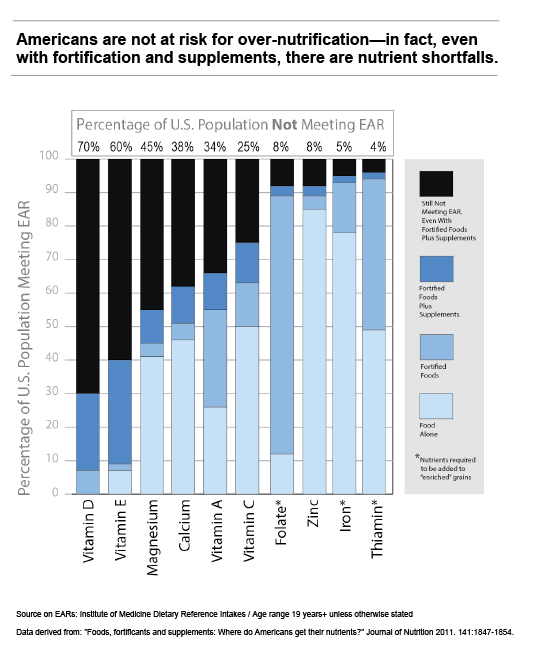 The Recommended Dietary Allowance (RDA) is the intake level established to be adequate to maintain nutritional health in almost all of the population. By definition, it’s higher than the EAR because it is intended to be the target intake for individuals, not populations to assure you are getting adequate nutrients. But don’t worry: because of the wide range of safe vitamin and mineral intake levels, if you are one of the people who just doesn’t need as many nutrients (your personal requirements fall below the EAR), meeting the RDA won’t lead to health concerns even if you get a little more than you need.