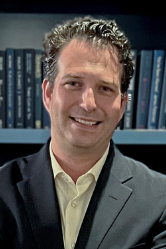 Mr. Meirovitz is responsible for managing federal and state policy initiates on behalf of CRN’s members. He has spent over a decade in various government relations roles, having worked for two prominent lobbying firms and a trade association. Throughout his career, Mr. Meirovitz has represented a diverse group of clients including Fortune-500s, local governments, innovative small businesses, and start-up companies.

He began his career in DC as an intern for multiple congressional offices, including the Senate H.E.L.P. Committee’s Health Policy Office. Mr. Meirovitz is an alumnus of Penn State University, where he earned a B.A. in Political Science, and Johns Hopkins University, where he received an M.A. in Government. He is a native of Boston, Massachusetts, and a fan of all New England sports teams.