The Dietary Supplement Communications and Marketing Summit presents a day of learning, inspiration, and networking. Exclusive to CRN members, the summit boasts a thoughtfully curated agenda of experts who will showcase best practices, new insights, and trends. This year's speakers are listed below, with more to come. 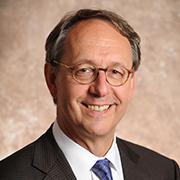 Former Washington Post ombudsman Andrew Alexander is an award-winning journalist and news industry leader who has been a reporter, editor and Washington bureau chief during a career that spans four decades.

He has reported from more than 50 countries and won or shared in prizes for distinguished Washington correspondence and investigative journalism.

As a strong open government advocate, he has written and spoken extensively about the public’s right to know. He helped launch the national Sunshine Week initiative, which each year focuses public attention on freedom of information and the dangers of excessive government secrecy.

Mr. Alexander grew up in a small town in western Ohio and graduated with a journalism degree from Ohio University. He started reporting while still in college, working summers in Australia for the Melbourne Herald. Also before graduating, he spent a summer as a correspondent covering the war in Vietnam and covered the Soviet-led invasion of Czechoslovakia.

Before joining The Washington Post in early 2009, he had spent his entire career with the Cox Newspapers chain. He began at a Cox paper in Dayton, Ohio and in 1976 was transferred to the Cox Newspapers Washington Bureau, where he covered Congress and politics. After reporting from the nation’s capital and extended overseas assignments, he moved into editing roles beginning in the late 1980s, first as foreign editor and then as deputy chief in the Cox bureau.

In 1997, he was named bureau chief, overseeing a Washington staff and foreign bureaus in London, Jerusalem, Beijing, Moscow, Mexico City, Baghdad and the Caribbean, as well as domestic bureaus in New York and on the West Coast. During his time as chief, the Cox Washington bureau shared in the Pulitzer Prize for National Reporting.

He is a board member of the American Society of News Editors Foundation, having completed a three-year term as its president in 2016.

After a decade on its board, he is now a Senior Advisor to the New York-based Committee to Protect Journalists, helping foreign journalists who have been subjected to attacks, arrests and harassment by repressive regimes. He chairs CPJ’s Development Committee.

In addition, Mr. Alexander is a member and past officer of the Gridiron Club, Washington’s oldest and most prestigious organization of journalists.

He also has served on the board of the National Press Club. And he is a member of the advisory council for the Scripps College of Communication at Ohio University, which has awarded him its Medal of Merit as a distinguished alumnus. In 2011, he was inducted into the Scripps College of Communication Hall of Fame, which recognizes lifetime achievement, and also was named Ohio University’s Alumnus of the Year. In 2013, he received an honorary doctorate of communication from Ohio University and was its undergraduate commencement speaker.

For his work on behalf of open government, Mr. Alexander in 2006 was inducted into the First Amendment Center’s National Freedom of Information Act Hall of Fame.

He is married to Beverly Jones, an attorney and consultant. They live in Washington, D.C. and Rappahannock County, Virginia. 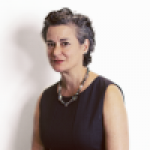 As a firm believer that brands live or die in those moments when people truly connect with them, Maria has spent 20+ years helping clients create simple, cohesive, customer-centric communications that win the loyalty of consumers and build value for brands. Maria has led customer experience practices for agencies Siegel+Gale, Sullivan, and Addison, as well as worked extensively across industries as an independent consultant for clients such as Humana, Citi, American Express, SAP, E*TRADE, Fidelity, and TeamHealth. The red thread through everything she does is a problem-solving approach, as well as a tenacious advocacy for the audience/end user.

Maria, who earned both a B.S. in Industrial Management and an M.A. in Professional Writing from Carnegie Mellon University, believes she has never met her match in gobbledygook; she has simplified everything from excruciating insurance claims correspondence to circuitous software product architecture, winning over in-house, outside, and regulatory counsel across the land. Maria is particularly passionate about helping companies build a customer-first culture across the whole organization. She is a practiced facilitator and consensus builder who believes there’s a true art to understanding the needs of internal stakeholders and collaborating across silos (except in the case of any game with words, at which she becomes a rabid competitor, but is gracious in victory). 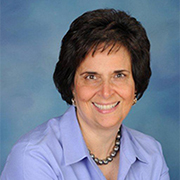 Lisa C. Buono has been a Principal in the Health Care practice of IRI since 2013. Prior to this assignment, she spent 32 years in the OTC and supplement industry, starting in consulting with Kline & Company, then in various marketing, business development and sales positions with Lederle, Wyeth, Blacksmith Brands and Actavis. Lisa teaches the commercial segment of CHPA’s OTC Academy 101 and holds a BS degree in Chemistry and Mathematics from Montclair State University and an MBA in Marketing from Rutgers Business School. 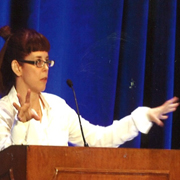 Kathleen Dunnigan, Senior Staff Attorney, joined the National Advertising Division in March 2008.  While she has written case decisions in every product category, in recent years, her focus at NAD has been health-related advertising claim substantiation. Prior to joining NAD she was a staff attorney for the Legal Aid Society's Juvenile Rights Division, the Center for Appellate Litigation and for many years, Kat also litigated employment discrimination and civil rights claims. Kathleen Dunnigan graduated from S.U.N.Y. Maritime College with a degree in Engineering and as an officer in the United States Merchant Marines in 1993 and NYU Law School in 1999. 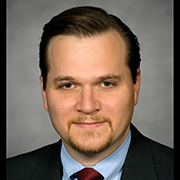 Phil Goldberg has more than 25 years of experience on liability-related public policy, public affairs and public relations issues. Since joining Shook in 2003, Phil has assisted clients in addressing important litigation issues outside of the trial courts, often in front of Congress, state legislatures, appellate courts and the media.  As part of this work, he counsels Fortune 500 companies and their trade associations on a wide variety of liability public policy issues.

Through this work, Phil has developed a strength for communicating complex business legal issues in ways that resonate with lay audiences. He handles “Fast Track” recalls for clients who manufacture consumer products and focuses on policies affecting public access to information in high-profile litigation, including media shield laws and attorney-client privilege with public relations firms. He also counsels companies on external and internal communications strategies in high-profile litigation. 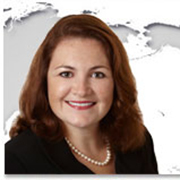 Laura has worked with Kline & Company since 1995 as an independent consultant in the Healthcare, Consumer Products, and Industrial & Institutional (I&I) markets. During this time, she has authored and managed multiple studies including market research, analysis, and writing for the OTC pharmaceuticals, consumer products, nutritional supplements, and I&I industries.

Laura holds a Bachelor’s degree in marketing from Rutgers University and a Master of Business Administration in pharmaceutical studies from Fairleigh Dickinson University. She resides with her husband and three children in Summit, NJ. 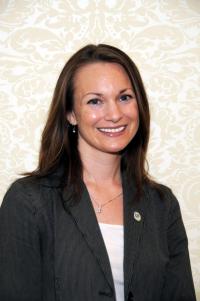 Sarah Ohlhorst, M.S., R.D., is Senior Director of Advocacy and Science Policy for the American Society for Nutrition (ASN), as well as a Registered Dietitian. She has numerous responsibilities at ASN, which include development and implementation of government relations initiatives, coordination of public affairs and science policy activities, and liaison to various ASN member groups and allied organizations. Ms. Ohlhorst oversees the development of ASN’s science policy-oriented documents, ensuring they appropriately reflect ASN’s scientific and policy views as well as the current state of the science. She provides leadership on grants and cooperative agreements that ASN maintains. Prior to joining ASN, Ms. Ohlhorst was a Research Scientist at the Institute of Food Technologists where she gained significant project management experience, primarily on contract work with RTI, International and with the U.S. Food and Drug Administration in the areas of food safety and food defense, receiving the CFSAN Director's Special Citation Award for her work. She is co-author on numerous peer-reviewed publications, and is a member of the American Society for Nutrition, Institute of Food Technologists, and the Academy of Nutrition and Dietetics. Ms. Ohlhorst graduated with distinction from Virginia Tech with a bachelor’s in human nutrition, foods, and exercise in 2001 and a master’s degree in human nutrition, foods, and exercise in 2004. 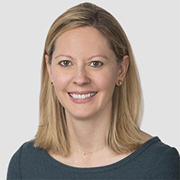 Ms. Olsen provides legal counsel and advice to CRN’s staff and members in the areas of legislation, regulatory compliance and advocacy, and international policy development. In addition, she works with CRN’s science department to prepare challenges to dietary supplement advertising through CRN’s Advertising Review Program with the National Advertising Division (NAD). Prior to joining CRN, Ms. Olsen held the position of special counsel for Wiley Rein LLP in Washington, D.C. She earned her J.D. from the Catholic University of America Columbus School of Law in Washington D.C., and received her B.A. in Business Management from Gettysburg College in Pennsylvania. 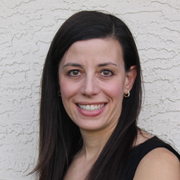 As the head of litigation for Unilever’s $10 billion U.S. business, Courtney is responsible for litigation and pre-litigation disputes covering many substantive areas, including commercial litigation, consumer class actions, false advertising claims, employment litigation, trademark disputes, products liability cases, and personal injury actions. She provides regular and decisive guidance to the business – including the marketing, sales, human resources, and consumer services departments – on effective strategies to avoid litigation and accomplish business goals across the entire portfolio of food & refreshment, beauty & personal care, and homecare brands, including Dove, Ben & Jerry’s, Hellmann’s, Seventh Generation, Lipton, St. Ives, and Vaseline, among many others. Additionally, she is responsible for providing general legal advice to Unilever’s food services unit and is a member of its leadership team. Prior to joining Unilever in 2013, Courtney practiced for a decade with Kasowitz, Benson, Torres & Friedman LLP and Levine Lee LLP, both based in New York City. Courtney is a graduate of Georgetown University Law Center, where she was Editor-in-Chief of the Georgetown Law Weekly and Senior Articles Editor of the Georgetown Immigration Law Journal. She received her undergraduate degree from New York University. 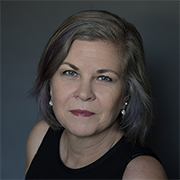 Suzanne founded The Shelton Group, a boutique public relations and marketing agency working exclusively in the dietary supplements and natural products industry, in 1990. She now serves as Managing Partner of Strategic Communications for the agency. 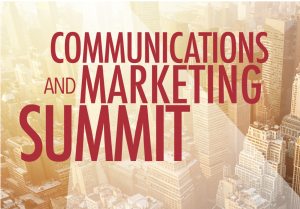