WASHINGTON, D.C., October 18, 2018 – The use of dietary supplements among U.S. adults increased ten percent over the past decade, confirms new data from the 2018 CRN Consumer Survey on Dietary Supplements. Commissioned by the Council for Responsible Nutrition (CRN) and conducted by Ipsos Public Affairs, the survey found that 75 percent of U.S. adults take dietary supplements, as opposed to just 65 percent in 2009. Results of the 2018 survey also revealed emerging trends in both consumer behavior and product demand.

CRN Members: the 2018 CRN Consumer Survey on Dietary Supplements is now available for purchase—learn more and order yours today.

“This year’s data provide further evidence that dietary supplements are mainstays in modern day health and wellness regimens,” said Brian Wommack, senior vice president, communications, CRN. “Three-quarters of Americans take dietary supplements, and the steady increase in use observed over recent years speaks to society’s shift toward a more holistic, personalized approach to healthcare. Not only does the 2018 survey reaffirm positive data we’ve seen before, but the results also paint a clearer picture of a changing industry guided by the needs and wants of American consumers today.”

“We’re pleased to see a 5 percentage point increase in consumer trust in just two years.” said Mr. Wommack. “As the industry continues to grow and innovate, we will keep working hard to be worthy of consumers’ trust while helping them live healthier and more fulfilling lives.”

As seen throughout the survey’s history, the 2018 results also show that dietary supplement users are more likely to engage in other healthy habits than non-users. 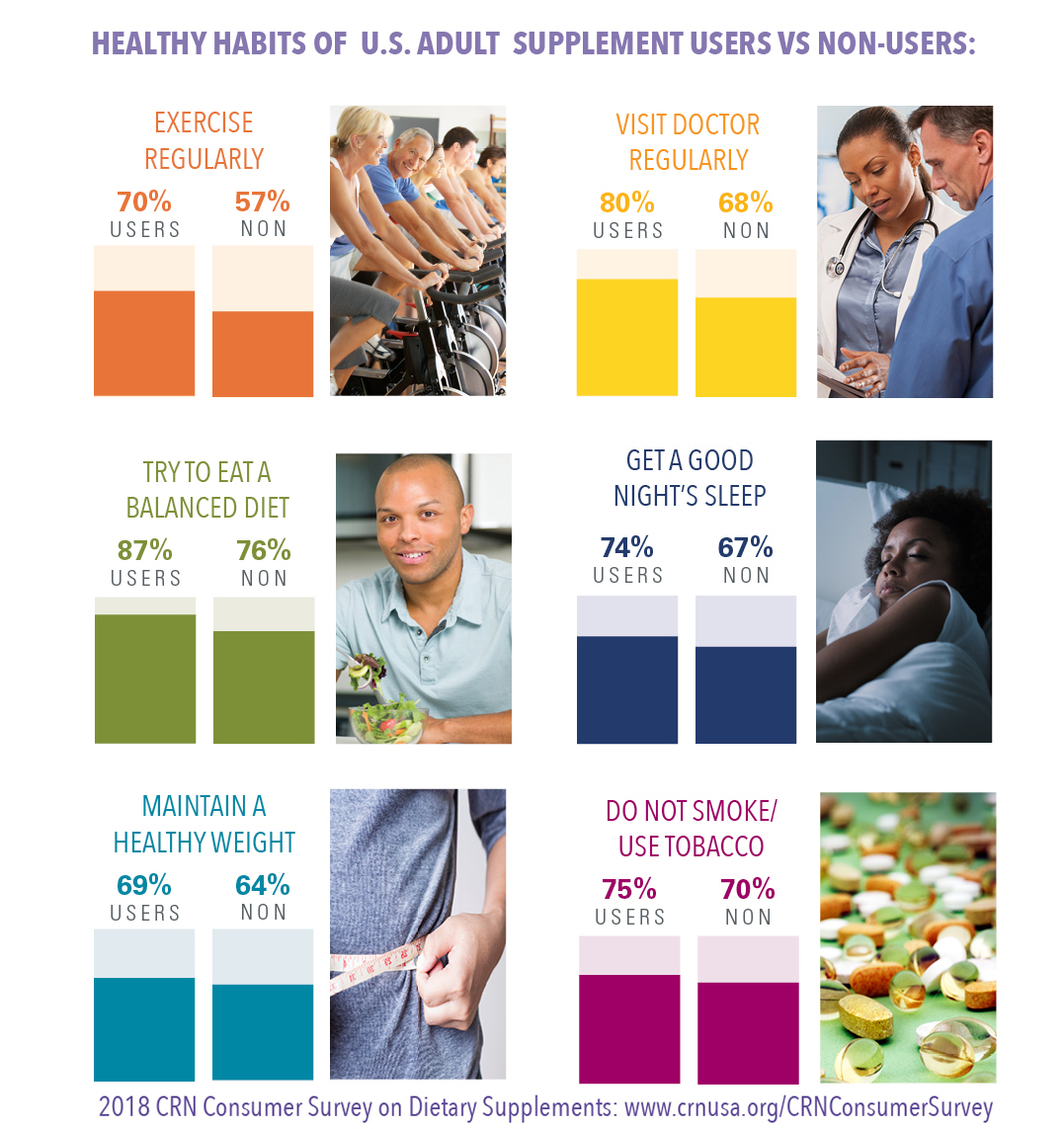 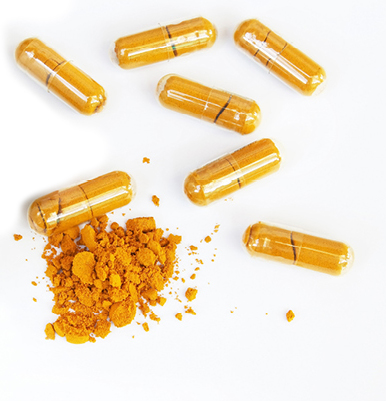 The 2018 survey found that supplement use is diversifying across categories. While vitamin/mineral supplements remain the most popular category among supplement users (98 percent), the overall use of herbals/botanicals has significantly increased in the past five years. In 2018, 41 percent of supplement users reported they had taken herbals/botanicals in the past twelve months—up 13 percentage points from 2013. Within that category, the 2018 data reflect the emergence of one of industry’s rising stars: turmeric.

“Turmeric wasn’t on the survey five years ago,” noted Mr. Wommack. “Now, it’s the second most popular supplement in the herbal/botanical category. This year’s survey results show similar upticks with other categories and products—not only in the greater population, but especially among different generations.” 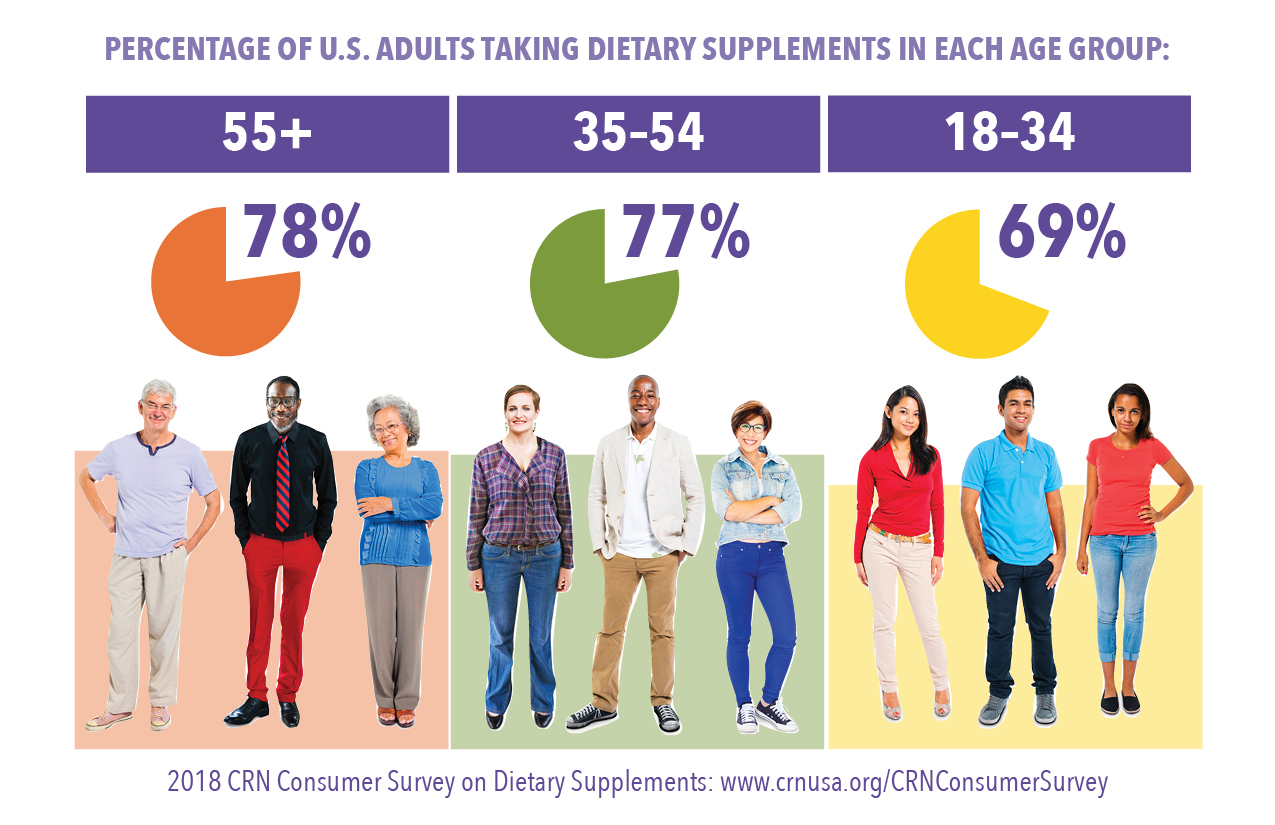 Among those age groups, data revealed the following trends: 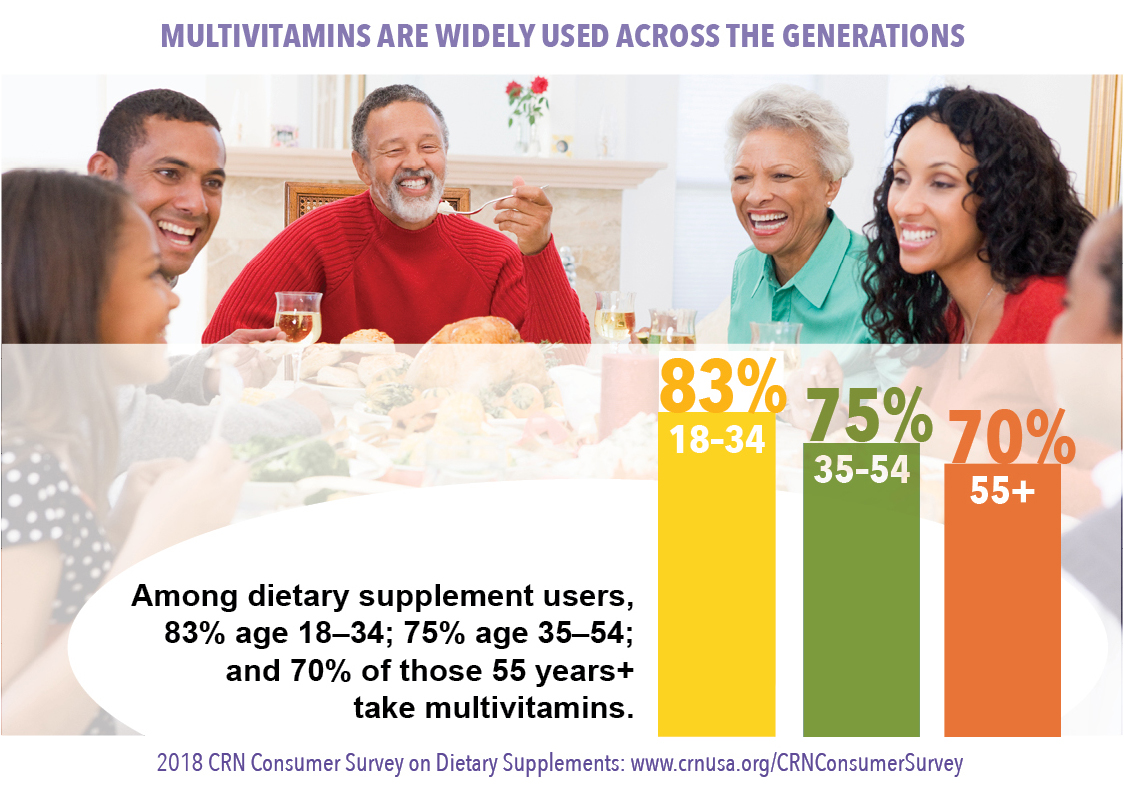 The CRN Consumer Survey on Dietary Supplements serves as the leading resource for statistics on usage of and confidence in dietary supplements. Funded by CRN, the survey has been conducted annually since 2000. Ipsos Public Affairs conducted the survey online, in English, Aug. 24–28. The 2018 survey included a national sample of 2,004 adults aged 18 and older living in the United States. Of those surveyed, 1,504 were considered supplement users. The precision of Ipsos online polls is measured using a credibility interval. In this case, the poll has a credibility interval of plus or minus 2.5 percentage points for all respondents, and plus or minus 2.9 percentage points for supplement users (see Ipsos’ online polling methodology for more info). For the next 12 months, CRN will continue to release additional data and insights from the 2018 survey. Media are welcome to reach out to CRN in the meantime to request specific statistics.