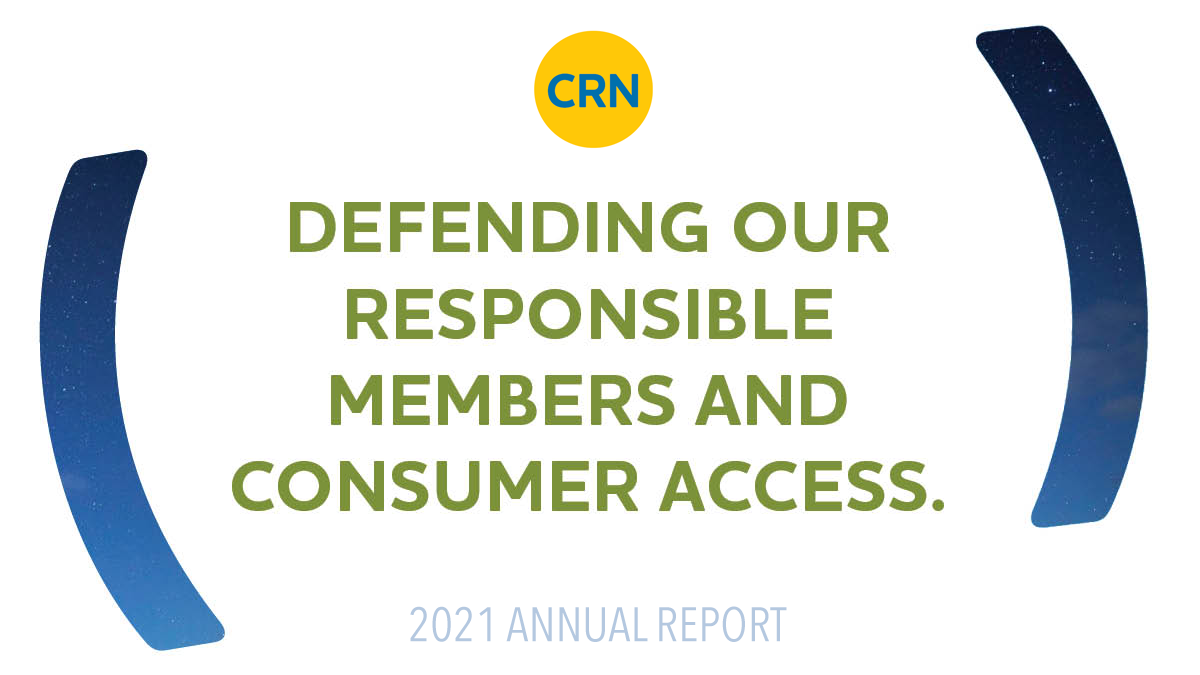 CRN defended consumer access to safe and beneficial supplement products and ingredients against regulatory overreach—as well as against actors who would step into the role of regulator inappropriately, guiding their action in productive ways.

CRN drove dialogue on the dietary supplement industry’s drug preclusion predicament and ongoing issues with FDA’s interpretation and its effect on innovation.

CRN is fighting for consumer access to NAC. CRN aggressively pushed back on FDA’s inaction concerning the legal status of N-Acetyl-L cysteine (NAC), the fallout from July 2020 warning letters that the agency does not consider NAC to be a legal dietary ingredient. CRN called out FDA’s failure to respond to its citizen petition and further pressed for a swift reply on the legal issues. CRN engaged consumers and other stakeholders in contacting Congress and FDA to resolve the issue. CRN is also working to educate retailers and payment platforms that have removed NAC from their offerings.

CRN advanced alternatives to age-restrictions. CRN has led the fight against age restrictions on weight management and sports nutrition in the states for years. Having kept onerous legislation at bay through several legislative cycles, CRN remains poised to execute on its thoughtful strategy and nuanced tactics through careful negotiations with legislators in California. CRN commissioned a new research initiative to explore the safety profiles of the top-selling weight management supplement ingredients, which will be released in early 2022. 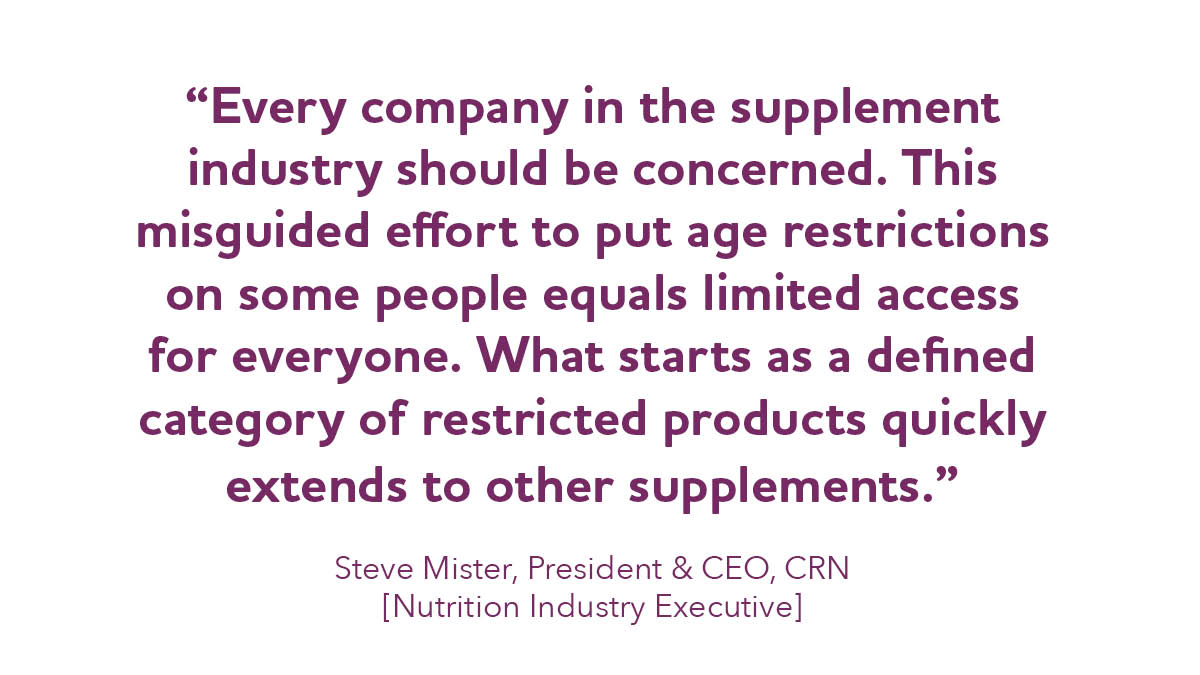 CRN filed a joint amicus brief in an important Prop 65 case before the Ninth Circuit Court of Appeals—National Association of Wheat Growers v. Bonta—involving First Amendment and other concerns about the scope of Prop 65 that could have significant implications for other Prop 65 listings where the science is disputed. Disputed science for supplements includes  challenging the 1,000-fold safety factor used to determine safe harbor levels for lead and cadmium.

CRN hosted a public dialogue on proposed updates to DSHEA with the Center for Science in the Public Interest (CSPI)—one of the industry’s harshest critics—to look for common ground. Throughout the year, CRN met with Senator Durbin’s legislative staff to assist in development of legislation to create mandatory product listing. 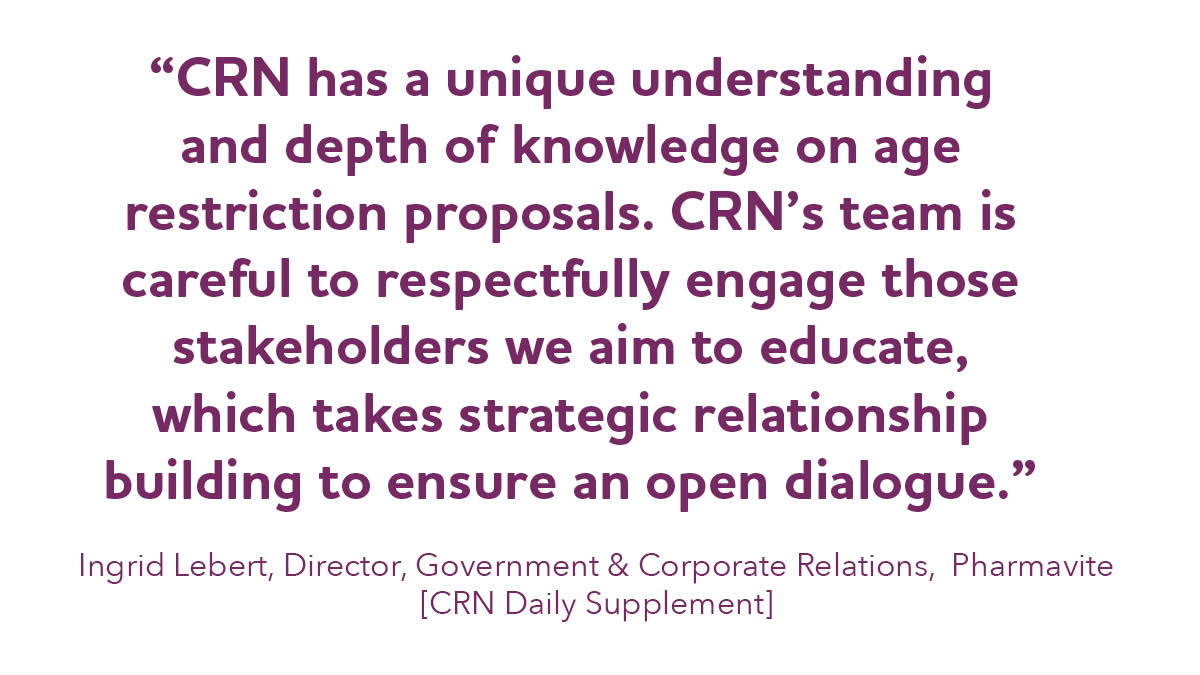 If you’re not yet a member of CRN, now’s the time to join. Get started today at crnusa.org/join or by contacting Carl Hyland, CRN’s vice president of membership, at chyland@crnusa.org. 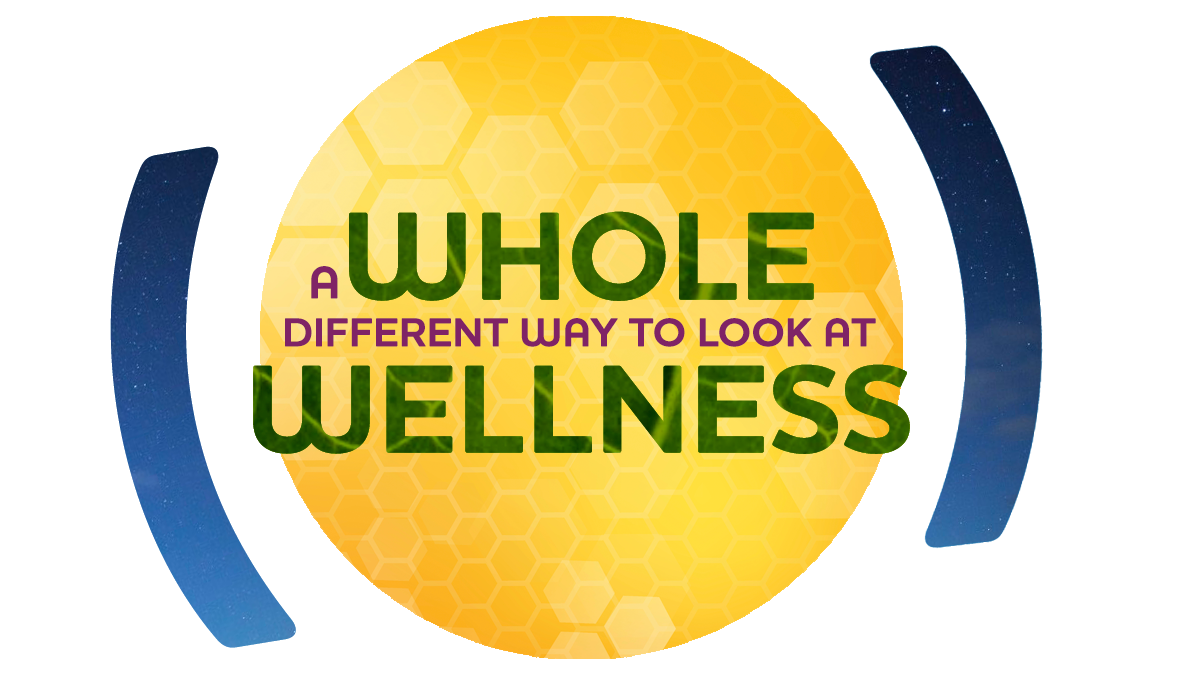